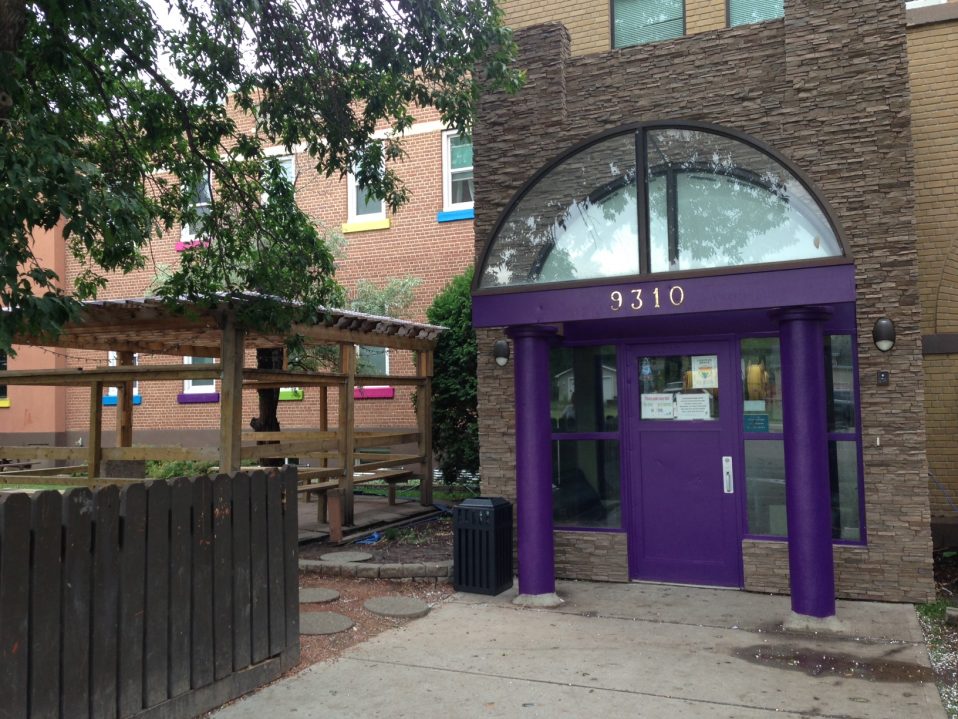 Learn the storied history of our Whyte Ave Building

The YESS Whyte Ave building is 105 years old this year! Built in 1914, it was intended to be a fire hall with room for two pumper engines, stables for five horses, and quarters for seven men. The fire hall was never used, though, as the First World War broke out and reassigned the men and resources needed to run the fire hall. 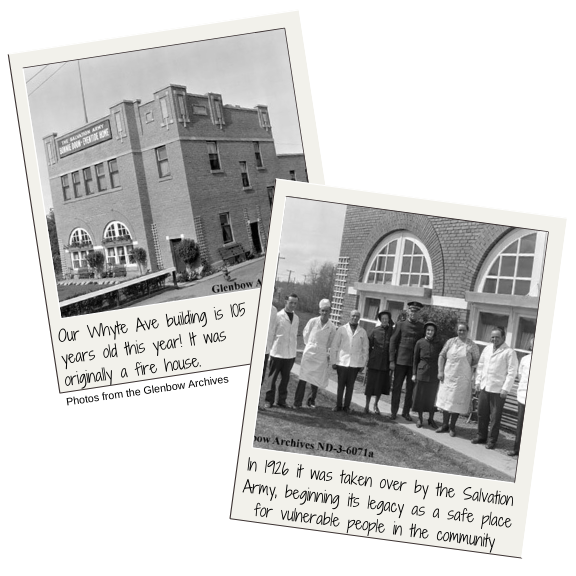 It just so happened that around this same time, a group of concerned individuals—mostly those involved with social work—had started to come together to find a solution for a specific social services problem: until the age of 16, youth came under the jurisdiction of Child Welfare authorities, but would not qualify for social assistance until the age of 18. For youth in crisis and experiencing homelessness aged 16 to 17, resources were non-existent.

To solve this problem, they began to organize resources for youth in need and by 1981 they needed an official space to continue their mission. While there was no property available in the inner city for them, there was an old brick building on Whyte Ave. In order to raise funds to renovate the building and operate a shelter, they formed the Youth Emergency Shelter Society (YESS).

Through generous donations from community individuals and businesses and the hard work of many volunteers, many much-needed repairs and renovations were completed and the Youth Emergency Shelter opened its doors on April 18, 1982. We have been providing shelter and resources for youth in Edmonton ever since.

An old building that sees as much use as our Whyte Ave facility is a constant work in progress—from urgent fixes to beautiful renovations—that is maintained by our incredible Facilities team and the ongoing help of volunteers. 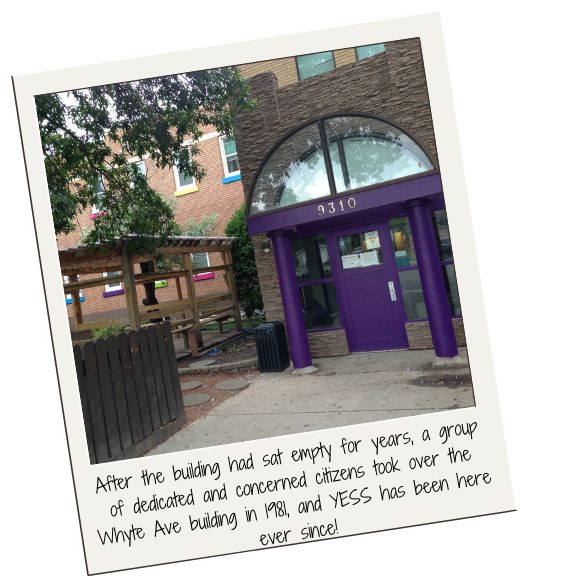 So much has changed even since YESS has occupied this building, most notably the expansion and diversification of programs and resources for youth. YESS now runs three facilities: the overnight shelter and supporting housing Graham’s Place on Whyte Ave, the Armoury Resource Centre for daytime programs, and Shanoa’s Place on the west end. It was this expansion that led us to change our name to Youth Empowerment and Support Services to better reflect the services we are able to offer youth.

One thing has stayed the same. This stalwart brick building has always sought to provide safety in our community, as a fire hall, as the Salvation Army’s Eventide Home, and now as YESS. And from day one, YESS has been a place where the community comes together to create safe, empowering spaces for youth who have experienced crisis and trauma. We know that we are not alone in this and never have been. We are all part of creating a city and a community where we can heal together.


Thank you for the continued support from our frien

Youth that access YESS are part of countless broad

The primary goal of the art program is to be youth

Huge congratulations to the ATCO EPIC team for th

Art is a tool for building connections. Engaging i

Thank you to the American Eagle staff at the Outle

Anger and sadness can get a bad reputation but the

Thank you to @intactinsurance for choosing us to

We wanted to thank Spirit of Hope United Church fo

Your ticket for the: Built to Serve