YESS employs a dedicated and diverse team, of which each member is wholeheartedly committed to walking beside youth who access our programs.

Our team welcomes your questions and comments. Contact us for any information you need! 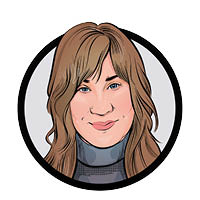 Margo brings business and marketing strategy, fund development and campaign strategy, and years of leadership and group facilitation training to YESS. Before becoming President and CEO of YESS, Margo was a Partner and Senior Associate with Incite Marketing for ten years, where she provided strategic oversight for countless Alberta businesses and not-for-profit organizations (including YESS). Margo has a BA in Anthropology from the University of Alberta and an MA in Anthropology from the University of Calgary and loves looking at the big picture as well as improving the details. Margo paints in her free time and is most at home outside by a river. 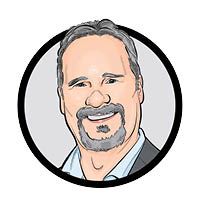 Chair of the Board

Richard Iwaniuk, FCPA, FCA, brings enthusiasm to the finance and business operations of the Blind Enthusiasm Group of Companies… no, really. Currently, Richard supports multiple aspects of the company’s business operations, including the development and execution of key business, strategic, financial, and legal initiatives. He also does the books.

Born and raised in Edmonton, Richard has lived in St. Albert since 1992. A Chartered Accountant since 1993, Richard previously worked at internationally renowned video game developer BioWare where, during his 16 year tenure, BioWare grew from a studio of 80 developers to a multi-studio operation with over 600 employees worldwide. In 2008, BioWare was acquired by Electronic Arts, Inc.

Richard is a recipient of the Fellow of Chartered Accountants, Distinguished Service Award, and the Early Achievement Award from the Chartered Professional Accountants of Alberta each of which recognize Chartered Accountants who demonstrate excellence and accomplishment in their career and commitment and excellence in community and volunteer services.  Richard also currently volunteers for CPA Alberta, Trout Unlimited Canada, and Canada’s Children’s Hospital Foundation (CCHF). 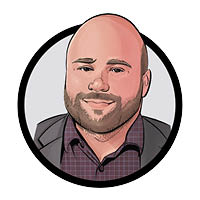 Steven Ewaskiw is the Director of Finance at the Cantiro Group. He is a graduate of the University of Alberta’s School of Business and holds a major in accounting as well as a Chartered Accountant designation.  Steven has volunteered as a minor hockey coach since 2003, giving him many years of experience building relationships, empowering and positively impacting young people. 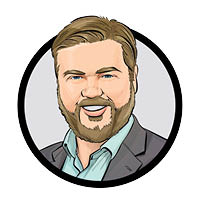 Colin Lipsett is a member of the Real Estate Group in the Edmonton office, and his practice is focused on providing counsel to clients in the areas of real estate and environmental law. Another focus of Colin’s practice is advising conservation organizations in respect to real estate and environmental law issues, including conservation easements and federally-regulated ecological gifts of land. 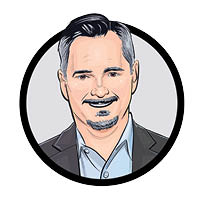 Robert Blackwell has over 26 years of hotel experience. He has held various hotel management positions at the Delta Winnipeg, Delta Barrington, Delta Halifax, and Delta Edmonton South hotels. Upon moving to Edmonton, Robert became very involved in the local hospitality and tourism industry. He currently serves as president of the Association of Edmonton Convention Hotels, board member of the Greater Edmonton Tourism Destination Region, and co-chair of the Tourism Partnership Council Meetings, Business, Tour and Events Committee.

Okama Ekpe Brook is a Nigerian Canadian currently residing in Edmonton. Professionally, she is an international development expert having lived and worked for 25 years in 7 countries and traveled to over 50 countries. She studied at University of Calabar and Red Deer College before getting her MA in Development Studies and Public Policy from the Open University of Sri Lanka. She has delivered keynote speeches, presented academic papers, and led high-level missions to several institutions and countries including Clemson University USA, Caribbean Associations/Governments, United Nations HQ, Small Island States Samoa, South Pacific, Rotary Convention, Canadian Parliament, etc.

Okama was awarded the UN Gender Champs Hall of Fame Award 2020 and CEO Award for pragmatic innovations in 2021. She is currently focused on positive reconnections of Africans and people of African Descent.

Okama is a loving wife and mother of three beautiful children and Mama of the Mamas for several children. As a young woman, she considers herself truly blessed to be in a position to uplift others and give back to the communities where she lives. Okama is a true global development leader.

Michele brings years of experience in the educational, political, public service, and non-profit sectors both in Edmonton and Ottawa. Working in the Office of then-Premier Rachel Notley as her Director of Public Agency Appointments inspired her to pursue board work herself. This, combined with her passion for communication, language, community, and youth, inspired her to connect with YESS. Michele has volunteered in a variety of organizations including, most recently, as a member of the Women’s Advocacy Voice of Edmonton and as the current president of the Change for Children Association. She lives with her partner, Jonathan, and has two daughters, Sasha and Eliza. 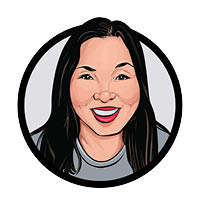 Amanda is a longtime supporter of YESS. She has been a practicing obstetrician/gynecologist in Edmonton for over 10 years after moving here from Halifax, Nova Scotia, and is currently based out of the Misericordia Community Hospital.

As a parent of two teenagers, she is interested in issues surrounding youth. 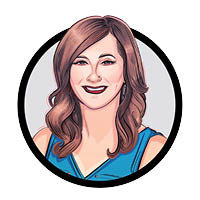 Trish Kushniruk is passionate about building strong relationships for organizations that elevate the depth and quality of connections and enhance opportunities for collaboration. With an appetite for relationship building and expertise in communications, change management and internal engagement, she believes that creating alignment and connection across organizations, with both internal and external stakeholders, is critical to success.

As an Organizational Change Manager at Canadian Western Bank (CWB), Trish supports the growth of change maturity and adoption across the organization, helping employees and clients to effectively adapt to change. Her people-focused approach over 20 years in the communications and marketing industry translates to supporting CWB in building an approach to change that considers people first and foremost.

Trish applies her passion for people and relationships to the community through her work as Artistic Director of the Vohon Ukrainian Dance Ensemble, and her commitment to Edmonton’s arts community has been recognized through the receipt of the Premier’s Award, Salute to Excellence in Art and Culture Performance.

Kurtis is a Senior Associate at Dentons Canada LLP, specializing in restructuring, insolvency and bankruptcy law, and corporate/commercial litigation. He has hosted internal seminars and information sessions at Dentons Canada LLP to summer students and articling students relating to areas of the law and best practices. He graduated as a Juris Doctor from the University of Alberta in 2016.

In his spare time, Kurtis is the Assistant Captain of Litigators Men’s League Hockey Team.

She loves art and music and tries to attend community events as much as possible. 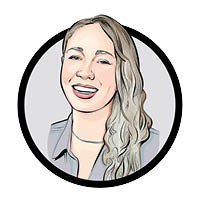 Rebecca holds a Bachelor of Arts degree with a major in Psychology from the University of Alberta. Upon graduation she volunteered and eventually earned a position working with youth at a shelter for women and children fleeing domestic violence.

After a few years at the shelter Rebecca volunteered on Councillor Scott McKeen’s 2017 re-election campaign. When he won the election, she was asked to join the Ward 6 team and took a position as their Policy and Communications Advisor. During Councillor McKeen’s term, Rebecca has been able to work on a variety of solutions related to community safety and well-being like the development of supportive housing.

Rebecca is passionate about prevention. She is interested in the systems and policies that contribute to the marginalization of folks in our society. She is new to the board and excited to be supporting youth again. When she’s not working Rebecca enjoys riding her bike around amiskwacîwâskahikan/Edmonton.

She loves art and music and tries to attend community events as much as possible. 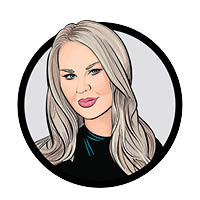 Emma Wynters is a Regional Sales Manager for Prollenium Medical Technologies where she is instrumental in the support and education of the brand across Western Canada. After attending the University of Alberta she worked in business development for global brands Starbucks and L’Oreal where she honed skills she now applies to her current role and in her philanthropic endeavors. Emma is the proud co-founder of Ladies on the Green, a golf tournament for women who don’t golf, raising over half a million dollars for a youth-focused charity. 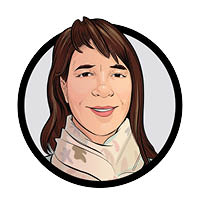 Cynthia is an anthropology professor at MacEwan University. For the past two decades, she has been working at MacEwan where her time is spent both mentoring and guiding students to better understand their local communities and make choices that are respectful for all. She uses both the classroom and extra-curricular activities to help students learn about our diverse city. For example, for the past three years she has planned and hosted the “Wardrobe for Women” event, whereby faculty, administrators, and students donated and purchased clothing with the proceeds going to a variety of community organizations that helped those in need feel supported and become empowered on their individual journeys.

Cynthia comes from a family of seven who were born and raised here in Edmonton.  Giving back to the community and volunteerism was a cornerstone of her upbringing. She currently participates in a various not for profit organizations: as a board member of WINGS (Women in Need Growing Stronger), as a founding member of the Green and Gold community garden and recently, delivering food as part of Leftovers YEG. These opportunities are an important part of her essence, especially as our world is in a continuous state of flux. She hopes her work in the Edmonton community will model the importance of civic service for her three sons, and her students. She is excited to be part of the YESS Board of Directors and will support the strategic direction of the organization as it moves towards new and innovative ways to support and empower the youth of our city.

Your ticket for the: Our Team